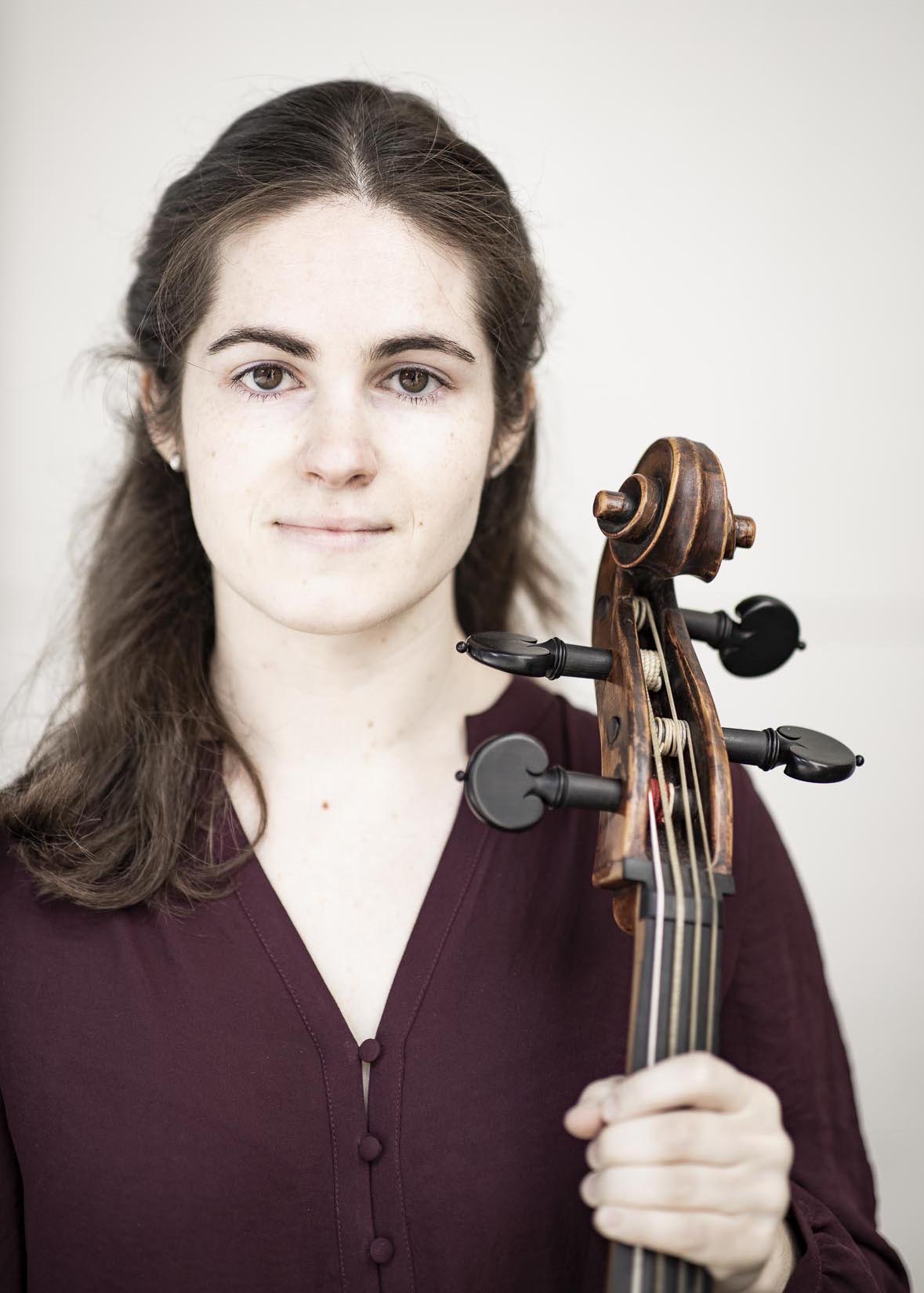 Anne-Linde Visser (1992) is an active performer on the bass violin, baroque cello, piccolo cello and the viola da gamba. She earned her master diploma (cum laude) in baroque cello from the Royal Conservatory The Hague, studying with Lucia Swarts. During her masters course, Anne-Linde completed an Erasmus exchange at the Royal Academy of Music in London with Jonathan Manson. In this period she developed an interest in the viola da gamba and its rich repertoire. She returned to the Royal Academy of Music in 2018 for concentrated studies on the viola da gamba with Jonathan Manson, completing the Professional Diploma course with distinction. Anne-Linde’s study in London was supported by the Historical Enlightenment Scholarship and the Cultuurfondsbeurs.

Anne-Linde performs with internationally-renowned baroque orchestras and conductors. Highlights from her orchestral activities include playing the gamba arias in the Matthew Passion conducted by Trevor Pinnock and in the Actus Tragicus with Philip Herreweghe for the Kohn Foundation Bach Cantata series (UK), and performing regularly with the Nederlandse Bachvereniging as a Young Bach Fellow. She has also performed with the Theresia Youth Baroque Orchestra (IT), the Tulipa Consort, Dutch Baroque, and Le Concert d’Apollon.

A dedicated chamber musician and basso continuo player, Anne-Linde’s continuo has been praised as ‘excellent’ (Early Music Reviews) and ‘impressive: unobtrusive yet decisive’ (Opera Today). Together with Matthijs van der Moolen and Elise Dupont she forms the base of the 17th-century music ensemble Castello Consort. With the Castello Consort, she took part in the Eeemerging scheme and performed at a variety of international festivals, including the Internationale Händel-Festspiele Göttingen, Festival d’Ambronay, Beverley Early Music Festival (UK), BRQ Festival (fringe) in Vantaa (FI), and in the Fabulous Fringe series of the Utrecht Early Music festival.

Anne-Linde plays on two 18th-century instruments: an English baroque cello by Henry Jay (made possible with the help of ‘Stichting Eigen Muziekinstrument’) and a Saxon piccolo-cello.